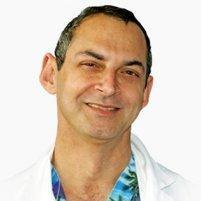 Tattoo regret is far from uncommon, but with options now to remove them, you can remove what you no longer want. Dr. Richard Blanchar of the Bayview General Medicine & Aesthetics in Fort Lauderdale, Florida, offers a new pulse technology that can get rid of unwanted tattoos more easily and quickly than ever before, with no downtime or invasive treatment.

How are tattoos removed?

Dr. Blanchar uses a laser technology called PicoSure®, which is a fast and effective method for removing unwanted ink with no downtime, making it a great alternative to painful surgical removal or traditional laser surgeries.

PicoSure is more advanced than traditional laser treatments in the following ways:

PicoSure is unique because it works with your body’s natural elimination processes to help get rid of your tattoo. The technology, called PressureWave®, delivers short pulses of energy at the ink particles that cause the ink to break apart into tiny particles. These particles are then absorbed into your body through the lymphatic system and expelled naturally over time.

Does PicoSure work on all tattoos?

PicoSure works on most tattoos, including ones with the following characteristics:

With PicoSure, most patients report that the process feels the same as the original tattooing. Because PicoSure uses pressure energy rather than laser heat, there is far less risk of burning and redness, but there may still be some slight discomfort, which is usually short-lived.

How many treatments will it take to remove my tattoo?

The number of treatments you need depends on three things:

Treatment time is generally 10 minutes for an average-sized tattoo, while larger tattoos may require up to 30 minutes. There’s no downtime associated with this procedure, and you can resume normal daily activities right away. The treatments themselves should be spaced six to eight weeks apart to allow your body time to eliminate the ink particles in between treatments.

If you have a tattoo you would like to have removed, make an appointment with Bayview General Medicine & Aesthetics to get started.